The character of Bruce Wayne has come a long way since Gotham had its premiere 2 seasons ago. However, many Batman fans are now wondering when will Batman come in to play – if he is to come into play in Gotham.

The main reason for that is, in fact, the villains of Gotham are already ruining the city while in DC comics characters like The Penguin, The Joker, Catwoman and The Riddler has not appeared until there was Batman.

That being said, we’ve got some good news for Batman fans. Bruce might start to “become” Batman in Gotham’s season 3. The show’s producer  Ken Woodruff stated to EW,  that Gotham’s third season  “lays the foundation” for Bruce’s evolution into being the Caped Crusader:

“Our actor [is] turning 16, so he’s getting close. We’re not quite getting to the point of Batman, but we’re really focusing on trying to get to see different sides of Bruce Wayne and to lay the foundation for all those Batman things. He’s going to be much more active. Near the end of last season, he spent time on the streets with Selina Kyle. We didn’t show a lot of that, but this year we’re going to show what the gains from that experience were — learning how to pick locks, break into things, be silent like a bat. We definitely wanted to show that progression for Bruce.”

It sure as hell will be exciting to see that happening and it will add a lot to the show. 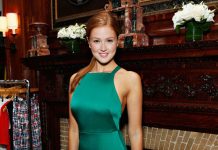 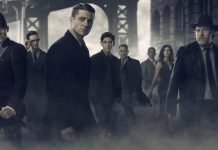 “It Seems Early for Batman to Show Up in Gotham “