After having too many problems to be actually brought into existence, Westworld finally found its way onto our TV screens and became one of the most watched TV series of the fall season.

The series focus on a theme park filled with AI robots that are finely crafted to suit every need of the visitors. The visitors get into all kinds of adventures in the park with no risk of dying (as of now). This may sound boring to you at first but that is not all there is, the series become more interesting by the minute as it involves a lot of mystery on both in and outside the park. That being said, a lot of fan theories are already out there on web. It also has a strong cast including Anthony Hopkins and Ed Harris. The show is doing so well in terms of ratings also and although it is not confirmed yet, a renewal is on the way.

In fact, HBO’s president of programming, Casey Bloys talked positively on the future of Westworld during an interview he had with Variety. He stated that there is a good chance the renewal will be coming:

“I want to get a very complete picture of the ratings, which seem to be doing very well, so we’re happy with that. [The executive producers are] going to talk to us about what they envision a second season being. But right now I would say it’s looking really good. We’re very pleased with how it’s doing.” 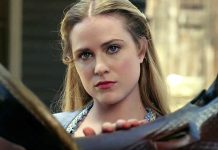 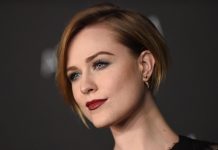