Appearing in more than 100 episodes throught the whole run of 24, we can obviously say Tony Almeida was an important part of the franchise. He had the third largest number of appearances after Jack Bauer and Chloe.

Tony appeared like he died in the Season 5 finale – while this is not the only time he “died” in the show –  he came back in season 7 but this time as a villain who sometimes turned to a hero again. He also appeared in the sequel series 24: Live Another Day. Turns out, he will be a part of 24: Legacy as FOX stated in a press release.

There are no details about his role or its importance in the TV series but Carlos Bernard’s character is actually the first one from the original cast. Then again, producers kinda already said Mary Lynn Rajskub’s Chloe will be a part of the new show. Get updated on 24: Legacy and all your favourite TV series by following us on Facebook! 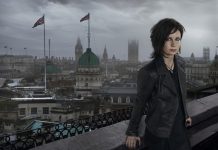 24:Legacy Casting Rumours – Will Chloe Be in It?