Marvel’s Defenders panel at New York Comic-Con is full of excitement right now and they already made a big announcement. Sigourney Weaver will be playing the vilainess that the team of Iron Fist, Jessica jones, Luke Cage and Daredevil will fight against. The series is being produced right now and it is expected to be released after the first season of Iron Fist ends.

No details have been stated about the role but it sure is a good choice as Weaver is a critically acclaimed actress who is used to diverse roles.

As usual Marvel is keeping the details secret as much as possible until the series is ready to premiere. So far, only some characters and heroes cameoed in 3 different TV series.

Some fans are making up theories like the biotechnology company in Jessica Jones being related to Luke Cage’s wife and what she kept secret and that this company might be somewhat under the control of Sigourney Weaver’s character in The Defenders. It sure is exciting and also painful, but we are going to have to waituntil after Iron Fist ends. 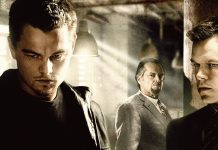 The Departed is Brought to TV by Amazon