There has been some buzz about a possible cameo by Jack Bauer in 24:Legacy but a fair number of fans also wonder about whether Chloe will be in it or not.

When asked about whether they would include tech expert Chloe in the new reboot, executive producer Evan Katz stated that they had plans about it. Evans added that their first intention was to have the audience connect with the new characters of the new show but they definitely would have some surprises along the way.

24:Legacy will be focusing on a former Army Ranger to be played by Corey Hawkins (the Walking Dead, Straight Outta Compton) who will ask for CTU’s help in saving his life after he returns home from his tour. The other executive producer Manny Coto state that the season would be focusing on a real story of some the actual people who took out Osama bin Laden. Coto added that this would be a fascinating introduction for Hawkins’ character. Hawkins will realize that the members of his team starts getting killed one by one and goes on a quest to learn why this is happening.

Coto stated that it will be a good intro for a brand new character which is not an experienced agent like Jack Bauer but a solider that is not accustomed to the world of spies.

In case you do not know 24: Legacy will premiere on Sunday, February 5th, 2017 but will be transfered to  Monday 8 pm time slot right after. 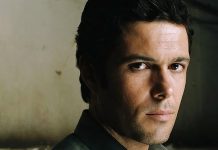 Tony Almeida Will Be Returning for 24: Legacy