Stranger Things is one of the hits of this summer brought to us by Netflix. The series has been renewed for season two as you may have read it here on TVChronicle.com. The new season will be released around the New Year. We cannot say there have been many news about it but this time we have some kind of big news that is related to the casting works for season 2.

According to the official statement Max is “…a tough and confident girl whose appearance, behavior and pursuits seem more typical of boys than of girls in this era. She has a complicated history and is generally suspicious of those around her.” Billy is also described as a “…hyper-confident, and edgy older step-brother. He steals girlfriends away from their boyfriends, is great at drinking games, and drives a black Camaro. But lurking under his apparent charisma, is a violent and unpredictable nature.”

In addition to that Will Byers (Noah Schnapp) and Steve Harrington (Joe Keery) were confirmed as full-time actors for the second season. 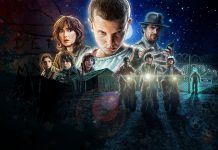