As the fans of the show may very well know, there has been talks about enlarging Legends of Tomorrow’s cast for the 2nd season and we have already been introduced in the 1st season’s finale to Hourman/Rex Tyler to be played by Mike Ross of Suits (Patrick J. Adams). Well, CW just released a promo video that added more hype to the wait.

Apparently, Stargirl is joining Legends of Tomorrow. In the short, 30-second video we are made aware of Legends’ new mission about protecting the timeline after the Time Masters were defeated.

In the video, we can also see the Legends going on some historical missions; Sara Lance (Caity Lotz) trying to seduce the Queen of France, Mick Rory (Dominic Purcell) and Dr. Stein’s (Victor Garber) attempt to kidnap Albert Einstein, and Dr. Stein and Jax (Franz Drameh) in talks with a boy Emperor. Then comes a few fighting scenes one which shows Mick Rory fighting some soldiers with the help of Stargirl (Sarah Grey). Take a look below for the video:

Stargirl aka Courtney Whitmore (Sarah Grey) in the comic books is a young girl who learned how to use a cosmic staff and belt and became superhero. She will be played by Sarah Grey who is known for her role Wayward Pines.

Legends of Tomorrow returns to CW on October 13th for its second season. 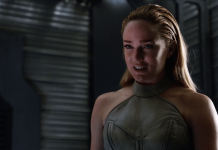 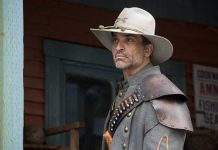 Jonah Hex Coming Back To Legends of Tomorrow