Earlier this week we have given you the news about Netflix’s new show G.L.O.W. and its casting. Well, the network is carrying on with casting, Marc Maron just joined G.L.O.W.

Marc Maron will star as Sam Sylvia, a former Hollywod director tarnished by his history with women. 14 wrestling ladies will try to be stars directed by Sam Slyvia.

For the uninformed, G.L.O.W (The Gorgeous Ladies of Wrestling) is a TV series inspired by the real life wrestling league for females in 80s. Community’s Alison Brie joined the cast to play the role of Ruth, an actress who is in tough spot in her acting career and joins a wrestling league for a new role.

As you might know, Marc Maron is just finishing his comedy series named Maron with its fourth and final season – the ending of which seemed to have surpised the fans. As for Alison Brie, she is developing her relationship with the streaming giant by means of G.L.O.W., she has been working with Netflix for a voice role in BoJack Horseman, an animated dramedy of the network. Follow us on social media and keep updated! 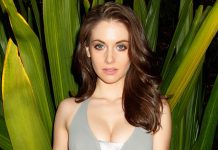 Community’s Alison Brie to Star in a Wrestling Show