G.L.O.W (Gorgeous Ladies of Wrestling) premiered in 1986 as a female version of WWE. It had strong role models and a decent taste of comedy with its original sketches and colorful characters. It has been helping some actresses’ to improve themselves and get to places in the acting world also.

Rumor has it that TV show runner Jenji Kohan, the name behind Orange is the New Black  and Weeds,  will be producing a new version of G.L.O.W. TV series for Netflix,. The first season will have a 10-episode run. Kohan has been doing a pretty good job for bringing out strong female characters and the word is she already found her lead for G.L.O.W.

It is no one other than Alison Brie (Community) who will be starring in G.L.O.W.  in the hopes of reviving her acting career.

With Community and BoJack Horseman, another original TV show on Netflix, under her belt, Alison Brie is surely a nice choice for a female lead character  for this new show. We’ll be updating you as more information comes to light about G.L.O.W and its cast. 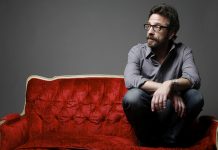