It has been reported by Deadline that The Good Wife spin-off TV series just added two important names to its cast. Bernadette Peters and Paul Gilfoyle will be starring in the upcoming series to air on CBS All Access in 2017.

These two important actors will be playing Henry and Lenore, Maia’s (Rose Leslie) parents. As you know , Maya is the protagonist and the main character of the show. Henry will be a wealthy financial advisor while Lenore is also some kind of a financial wizard. According to the script, Lenore is the one who made Henry’s fortune through a private investment firm.

The financial crisis that will occur at the start of the TV series will put Maia’s mentor, Diane Lockhart (Christine Baranski) in a really bad position financially making both of these characters join Lucca Quinn’s (Cush Jumbo) Chicago law firm.

The spin-off series is under development right now but we will keep you updated with the latest news , just follow us on social media. 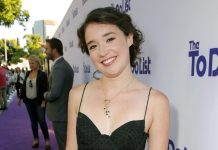