Game of Thrones season 7 has been being filmed for a while now and we did what we could to bring you the news about possible events to occur in the upcoming season – which will air in summer 2017. There has been much silence to keep everything secret and that, of course, meant the scenes of the series being filmed. That does not seem that possible though considering the series have crazy fans stalking every move of the production team – with drones no less.

The latest news and footage from the filming location in Spain revealed that Daenerys and Jon Snow will meet at Dragonstone and this news is somehow related to that meeting.

Watchers on the Wall web site has been providing a great deal of info on all seasons of Game of Thrones for a long time now and they never cease to amaze us. They just caught the shooting of a scene that showed Jon Snow meeting with his old friend and foster brother, Theon Greyjoy. From the looks of it Jon could kill him right there because of Theon’s betrayal but he does not look like he did it as the pictures show him walking away from that confrontation later. Check the photos here  if you would like to take a close look at that.

Gendry Returns to Game of Thrones to Play an Important Part

Two Characters to Meet in Game of Thrones Season 7 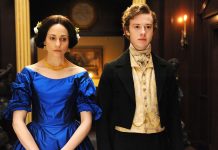