The latest Donald Trump parodies on Saturday Night Live seems to have helped the ratings of the talk show which is having its highest ratings for the 42nd season. Another reason for such good numbers is the recent picks for the hosts of the show which included Lin-Manuel Miranda (from Hamilton), Emily Blunt (from Sicario), Tom Hanks (from Sully) and Margot Robbie (Suicide Squad’s very own Harley Quinn)

You can add one of the hottest actors of the recent years to the mix; Benedict Cumberbatch. Cumberbatch has been on the rise with his amazing performance in TV series Sherlock, the movies like The Hobbit and Star Trek Into the Darkness while also getting an Oscar Nomination for this performance as Alan Turing in The Imitation Game. The latest addition to Cumberbatch’s extraordinary performances will be Marvel’s Doctor Strange  next month.

According to TV Line, it is reported that Benedict Cumberbatch will host Saturday Night Live on November 5th, one day after Doctor Strange  will be released in USA. He will be accompanied by Solange Knowles. 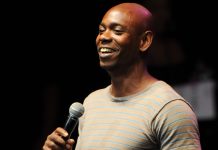