Dave Chappelle is one of those comedians who had to go a long way before becoming successful.  That is the case with most stand-up comedians actually. Along the years, though, Chappelle had a devoted following thanks to his writing and acting skills.

He later became famous with his skecth show Chappelle’s Show and it was about to get bigger when he left it at the production stage of season 3 walking away from a contract of 50 million dollars.

He has made rare appearances on film and TV since he left that show, however, we got some good news for you now. It is reported that Dave Chappelle will be hosting Saturday Night Live next week. This will mark his return to skecth comedy and it sure is going to be an interesting one.

This wekk SNL will be hosted by Doctor Strange star Benedict Cumberbatch. Saturday Night Live airs at 11:30 pm on NBC and Dave Chappelle will be hosting it on November 12, 2016. Follow us on social media to get updated daily! 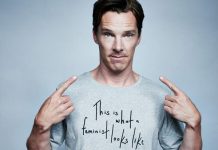