It has been a complete shocker to the fans of Criminal Minds when one of the leads, Thomas Gibson was fired from the show after an altercation with one of the writers, Virgil Williams. Thomas Gibson was silent about the situation only thanking to Criminal Minds team after working with them so many years. However, he never really told what happened and how he saw it. As some of you might know, he was firstly suspended from the show and then completely got kicked out of it. The actor said they could not agree on a particular scene with Virgil Williams and then he went to another room to talk with his colleagues when the writer followed him into the room. He gave the following statement:

He came into that room and started coming towards me. As he brushed past me, my foot came up and tapped him on the leg. If I hadn’t moved, he would have run into me. We had some choice words, for which I apologized the next day, and that was it. It was over. We shot the scene, I went home — and I never got to go back.

This, of course, is only Thomas Gibson’s side of the story. Gibson recently talked to People and said the altercation was about a line that they could not agree on. He made the following statement in resentment about the behavior of the production  team:

I feel like it took years to make a good reputation and a minute to damage it… It seems like they’re trying to erase me from the show. That hurts. 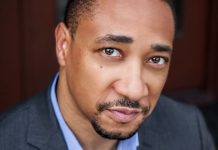 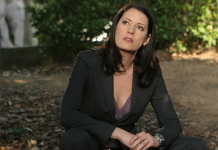