Benedict Cumberbatch’s star is on the rise during the last few years partly thanks to the TV series called Sherlock. Although the series released only 10 episodes (of 90 minutes) since its premiere on 2010, Sherlock fans are resilient and they do not quit.

Fans had to be content with only “The Abominable Bride” this last year after the ending of season 3 a year before. Good news is season 4 is on the way and it will debut in 2017. There are some Comic-Con trailers released and classic episode title. The most important news is that we know who the new villain is. It will be played by Toby Jones (Captain America: The First Avenger) and it will be “the purest evil” Sherlock has faced.

Recently, Benedict Cumberbatch talked about Sherlock season 4 during an interview with Variety and he hinted at the possiblity of season 4 being the last for the TV series:

“It might be the end of an era. It feels like the end of an era, to be honest. It goes to a place where it will be pretty hard to follow on immediately. We never say never on the show. I’d love to revisit it, I’d love to keep revisiting it, I stand by that, but in the immediate future we all have things that we want to crack on with and we’ve made something very complete as it is, so I think we’ll just wait and see.”

Cumberbatch also said never returning to the character, Sherlock Holmes was “galling”. We are going to have to wait –  again – and see. But we truly hope that Sherlock stays with us for a long time. 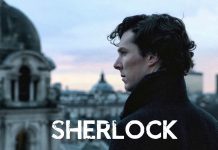 Sherlock Season 4 Has a Premiere Date 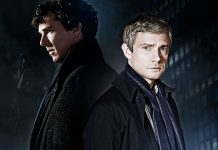