With Luke Cage’s first season aired, Marvel has only one superhero left to add to its roster of The Defenders before The Defenders TV series hit the small screen. That superhero is Iron Fist, the alter ego of Danny Rand, a martial arts fighter with mystic powers. Finn Jones (Loras Tyrell of Game of Thrones) will be starring as Iron Fist.

In the story of Iron Fist, which was created by Dexter and Six Feet Under’s Scott Buck, Danny Rand reutns to New York City to claim his family’s company after he was presumed dead for fifteen years because of the airplane crash he had. Jessica Henwick (one of the Sand Snakes in Game of Thrones ) will be starring as Colleen Wing, an ally of Iron Fist and a fellow martial artist while David Wenham (Faramir of The Lord of the Rings) will play Harold Meachum, the business partner of Danny Rand’s father who will not be happy to see Danny back from the dead.

Marvel just announced the exact date when Iron Fist season 1 would premiere on Netflix. It is March 17th, 2017. It will be a long wait maybe, but it will be well worth the wait. 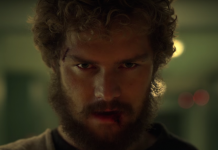 Thunderer to Appear in Iron Fist